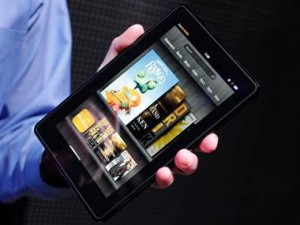 Matt Burns of TechCrunch reckons that Amazon has won the war of the Android tablets with the release of the $199 Kindle Fire.

Amazon just unveiled the Kindle Fire, which will, without question, dominate the sub-iPad tablet market for years. Amazon did it right by copying Apple’s formula: tablets do not sell on specs; Amazon barely touched on the Fire’s hardware during its announcement. Instead, Jeff Bezos, doing his best Steve Jobs impersonation, stood tall on the stage and ran through a long list of features that makes the Fire an iPad alternative the world wanted.

Where To Buy kindle Fire in Malaysia?