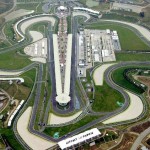 World Travel Awards Founder and President Graham Cooke presented the award during its regional ceremony for Asia and Australasia, at a hotel, here.

Deputy Director of Tourism Malaysia for the Thailand Office Wizani Rosmin received the award from Cooke at the ceremony attended by tourism leaders and captains of the travel industry from more than 30 countries in Asia and Australasia.

Malaysia was the only country that won the award as the other winners consisted of travel and tourism companies and organizations.

World Travel Awards was established in 1993 to acknowledge and celebrate excellence in all sectors of the travel and tourism industry.

It has grown into the most prestigious, comprehensive and sought-after awards programme for the global travel and tourism industry and is recognised and respected worldwide as the definitive hallmark of excellence.

The Wall Street Journal has heralded the World Travel Awards as the “travel industry’s equivalent to the Oscars”.

Apart from Bangkok, this year the regional ceremonies have taken place in Dubai for Middle East region; Antalya, Turkey for Europe; Sharm el Sheikh, Egypt for Africa and Indian Ocean.

Jamaica will host for the Caribbean and the Americas region on Oct 19 and the grand final will be held in Doha, Qatar at the end of the year.

The World Travel Awards nominations are decided by an independent panel of industry experts and judging criteria takes into account every aspect of the business including overall performance, product development, innovation, creativity and customer satisfaction.