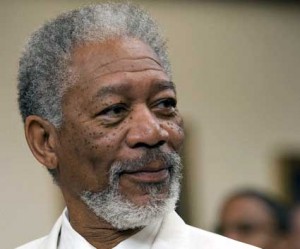 The Hollywood Foreign Press Association announced Wednesday that Freeman will receive the group’s Cecil B. DeMille Award at the 69th annual Globes ceremony on Jan. 15.

The 74-year-old Freeman is a five-time Oscar nominee who won the supporting-actor prize for 2004?s “Million Dollar Baby.” Freeman’s Oscar nominations include best actor for 1989?s “Driving Miss Daisy,” for which he won a Golden Globe.

According to the release, Freeman got his start in acting at age 9 in a school play, and won a state-wide drama competition when he was 12. He first appeared in the movies in 1965 as an extra in “The Pawnbroker.” Avid watchers of “The Electric Company” might remember him on the popular children’s show.

The 74-year-old actor has spent more than 20 years in the business, earning his first Oscar and Golden Globe nominations by playing Fast Black in 1987?s “Street Smart.” He won the Golden Globe for best actor in 1990 for “Driving Miss Daisy.” He was also nominated for “The Shawshank Redemption,” “Million Dollar Baby” and “Invictus.” He won the Oscar for “Million Dollar Baby.” He has played Lucius Fox in Nolan Miller’s “Batman” movie series as well as having prominent roles in “Red,” “Dolphin Tale,” and will soon be seen in “Now You See Me.”