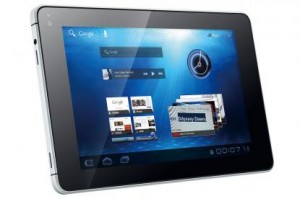 Sporting a dual-core 1.2GHz processor, a 5-megapixel camera that doubles as full HD 1080p video recorder, and a HDMI port, Huawei claims the MediaPad is a “stylish, high-performing and ultra-portable package.” Curiously, it offers both 3G and Wi-Fi connectivity, so it’s likely to be sold through carriers when it launches in Australia.

Although Huawei seems to be making plenty of noise about the MediaPad’s 3.2 Android Honeycomb OS, it is essentially the same software powering the current range of Android Honeycomb tablets. The main difference centres around the ability to run on a range of display sizes, including the smaller 7in size of the MediaPad. Other new features are merely bug fixes, better hardware acceleration, and software updates for the Movie Studio, Movies, and Music apps, along with enhancements to Android’s live widgets.

The Huawei MediaPad has six hours of battery life, which is comparable to HTC’s 7in Flyer tablet but still well below the market leader, Apple’s iPad 2. The MediaPad also has a front-facing 1.3-megapixel camera for video calls, 8GB of internal storage and comes pre-loaded with Facebook, Twitter, and Documents To Go apps.

In Malaysia you can but it online at www.lelong.com.my