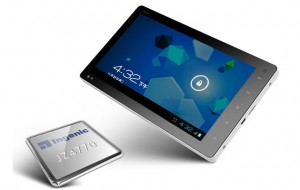 Novo 7 claims to be the first tablet running Android 4.0 ice-Cream Sandwich, and it cost only $USD 99.


Naturally to many people neither of those terms signify much of anything. Most people only care whether it runs Netflix and Angry Birds. But both these features point at an interesting breakage between the China and US markets, one that will only widen with time.

First, there is Ice Cream Sandwich, with which our readers are probably already familiar. With a number of new features, performance improvements, and so on, it’s the next generation of Android and the hope is that it will help to unify the disparate platforms stuck at this or that previous version. It’s making its debut on the Galaxy Nexus, which is shipping as I write this. Yet it made its real debut in China on a clone device last week, and now it’s on another, perhaps more interesting one.

There will be a flood of ICS devices soon, sure, but it’s really indicative of how totally disconnected the Chinese and US markets are, to say nothing of the European, Australian, Indian, Korean, and so on. It’s humorous that while the immense machinery of the US marketing machine is warming up, preparing to ship, and running prime-time ads, there are devices available for purchase outright for a few bills on the street in China. And these aren’t pirate devices: the Novo7 is the real thing, with access to Google services, though Market access is restricted in China. Andy Rubin even praised the device as a “big win.”