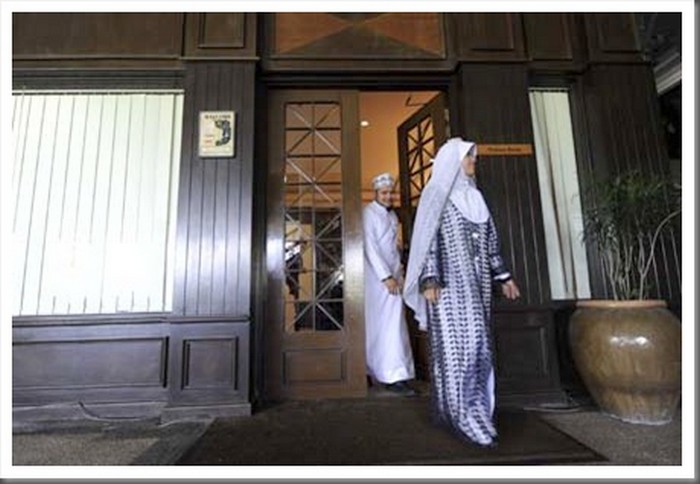 JUST months after telling its members to serve their husbands better than prostitutes, prompting widespread criticism, the Obedient Wives Club of Malaysia has stirred further controversy by publishing a guide to Islamic sex.

The 115-page pocket-sized book, which will outrage many Muslims and non-Muslims, says a Muslim man can have sex with all of his wives at the same time. Under strict Islamic tradition a man have can up to four wives if he can provide for them all.

The club prompted an outcry from women’s groups and Islamic religious authorities when it was established in June, claiming to have 1000 members.