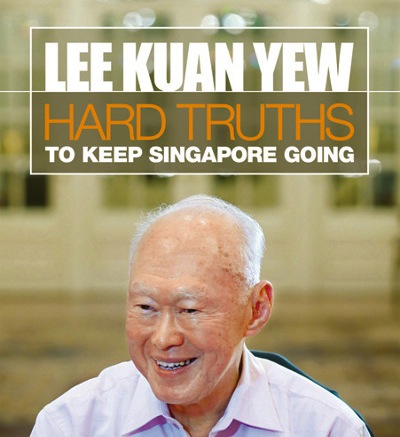 theMalaysianInsider reports that the Federal Islamic authorities have declared haram a book in which Singapore’s founding father Lee Kuan Yew urged Muslims in Singapore to be “less strict on Islamic observances.”
Lee Kuan Yew: Hard Truths to Keep Singapore Going, a collection of interviews published in January, was included in a list of 15 books declared haram by the Department of Islamic Development Malaysia (Jakim).

Jakim’s planning and research division confirmed the decision was made when its committee on the censorship of publications with Islamic elements met in October.

However, both the division’s director and Jakim director general Datuk Othman Mustapha have not responded to queries by The Malaysian Insider on why the decision was made nine months after the book hit the shelves in Malaysia.