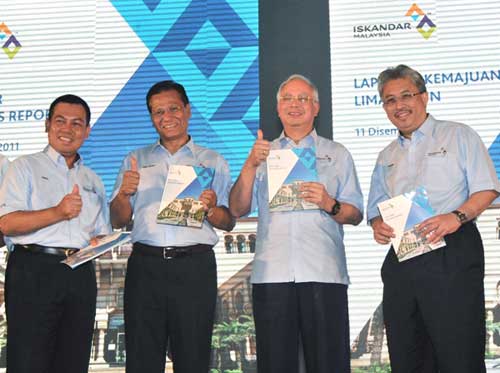 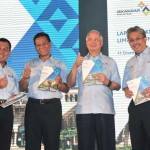 UDA Holdings Bhd’s (UDA) chairman Datuk Nur Jazlan Mohamed claims that Iskandar Malaysia will not be affected by the global economic uncertainty, but will continue to grow rapidly and attract investments.

The development of the economic corridor in south Johor woukld be enhanced by Singapore’s decision to jointly develop it, he added.

“It’s a political decision to extend its economic borders and security, Singapore has a political objective to see Iskandar’s success,” he told reporters after the handing over of Bantuan Rakyat 1Malaysia aid at the Tan Sri Mohamed Rahmat Hall here yesterday.
Nur Jazlan, who is Member of Parliment for Pulai – which is in Iskandar Malaysia – said Singapore has every reason to see the economic corridor succeeding as this would indirectly ensure the republic’s economic security.
Since its launch at the end of 2006, the 2,200 square kilometres corridor – which is twice that of Singapore – has received a total of RM82 billion in foreign and domestic investments, making it Malaysia’s most successful economic corridor.
Nur Jazlan said with the high cost of doing business in Singapore, it would be better for the republic’s businesses and factories to relocate to Iskandar Malaysia, citing the republic’s three to four times higher property costs.