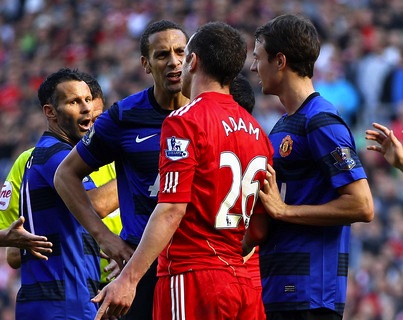 Liverpool midfielder Charlie Adam went down softly to a Rio Ferdinand challenge in the 66th minute in the hotly contested match against Manchester United at Anfield.

Eventhough there was no contact from the Manchester United defender, the referee nevertheless gave the freekick which resulted in Steven Gerrard opening the scoring with a well placed free kick goal.