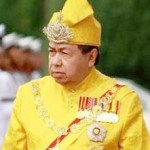 SHAH ALAM: The Sultan of Selangor has decreed that non-Muslims in the state have been barred from using “Allah”, saying it is a sacred word exclusive to Muslims.

Lim, who is the Penang Chief Minister, had stated this in his New Year message.

The Ruler had called for an emergency meeting with officials of Mais, the Selangor Islamic Affairs Department (Jais) and the Selangor mufti on Sunday.

“The Sultan made a decision and decreed that the word Allah’ is a sacred word specific to Muslims and it is prohibited to be used by any non-Muslim in Selangor, as stated in a fatwa and gazetted on Feb 18, 2010,” Mohd Misri said.