Purveyors of live music, Future Entertainment Australia and Livescape Asia has gotten the ball rolling for the much anticipated music festival next year, Future Music Festival Asia (FMFA) – slated to be the largest music gathering Southeast Asia will ever see – by confirming its return to Malaysia in 2014.

“There’s not much we can reveal apart from confirming that FMFA next year will return to Kuala Lumpur in 2014. However, what we can definitively say is that the festival next year is going to be even bigger than the last. If you think last year was epic, wait till you see FMFA in 2014. We have got a line-up that is going to blow everyone’s minds away”, Jason Kong, Head of PR, Livescape Asia said.

“We have even extended FMFA this year to three days, that’s how massive it’s going to be. In addition, after receiving numerous requests from fans for the festival to be held closer to the city, what I can say is that, we have heard them, and FMFA in 2014 will most likely have a new home. So again, we are expecting a sold-out show next year. In fact, we will be placing even more emphasis on the comfort of our festival-goers and have decided to cap each day to a maximum of 25,000 attendees”, Kong added.

Over 75,000 revellers are expected to attend the festival next year of which, organizers are expecting an influx of over 20,000 foreign fans. According to Kong, the rapid growth of FMFA as a regionally renowned festival is credited to the various sponsors and partners especially MYCEB and the Ministry of Tourism who have been key in working with the organizers to position Malaysia as a world-class live music destination in the region.

“Today, with the support of our partners and sponsors we are proud to have fans from not only Malaysia, but also across the Asian region including some from as far off as Europe who are marking FMFA on their calendars on a yearly basis. The last thing we want is to disappoint them, so together with our counterparts at Future Entertainment Australia, we have been working very hard in the past few months while learning from feedback from the fans to put together a festival to remember in 2014. And we are sure we won’t disappoint”, Kong said.
The full line-up for the festival in Kuala Lumpur will be revealed at a press conference on October 3. Future Music Festival Australia will be announcing its own line-up on September 16 (FMF Australia and FMFA’s line-ups tend to differ).

These tickets will be sold at a bargain of only RM88 for a three-day festival pass (limited to 500 tickets; 1 ticket per customer). The catch: ticket buyers will be buying these tickets prior to knowing who will be on the line-up in the festival’s Kuala Lumpur edition.

Details of the promo sale are as below: 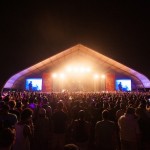 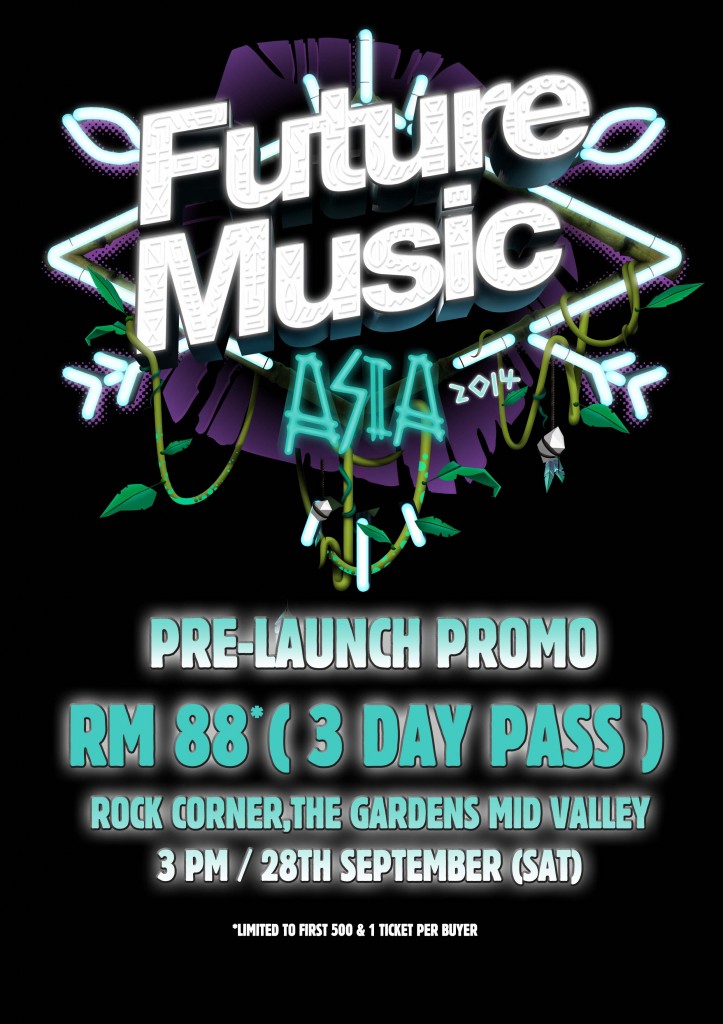