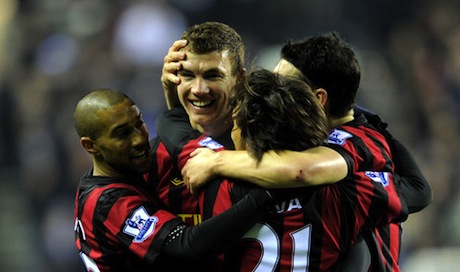 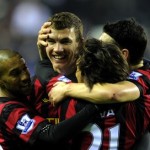 (Reuters) — Edin Dzeko’s first-half header lifted Manchester City three points clear at the top of the Premier League with a gritty 1-0 victory at bottom club Wigan Athletic on Monday.
After dominating possession with their trademark swift passing, City’s breakthrough came in the 22nd minute when David Silva floated in a free kick that Dzeko nodded past Wigan keeper Ali Al Habsi.
City, who had been suffering a blip since the start of the new year with one win and three defeats in all competitions, were still far from their blistering best but held firm against a spirited Wigan to take the points.
City moved on to 51 points from 21 games, three ahead of champions Manchester United. Third-placed Tottenham Hotspur, who visit City on Sunday, are a further two points behind.