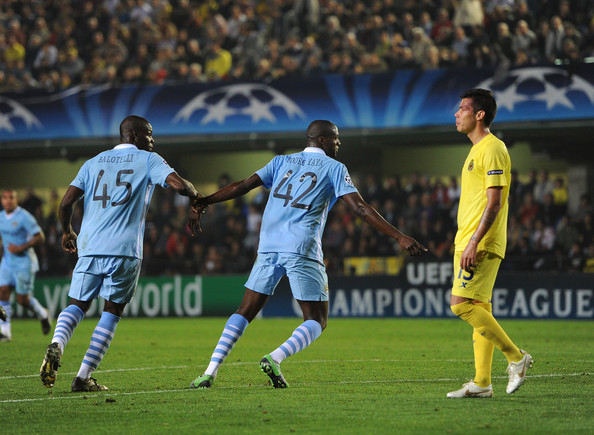 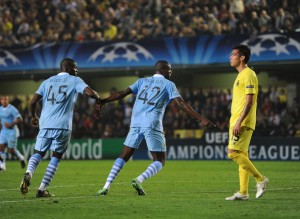 Yaya Toure scored a goal either side of Mario Balotelli’s penalty to give Manchester City a 3-0 win over Villarreal in the Champions League on Wednesday.

Toure received a pass from David Silva on the half hour mark before beating goalkeeper Diego Lopez for City’s first away goal in their debut season in the Champions League.

Balotelli marked his first appearance in European play this season with a penalty before halftime, and the Italy striker then fed Toure in the 71st and the Ivory Coast midfielder slipped between defenders to score for his second goal.