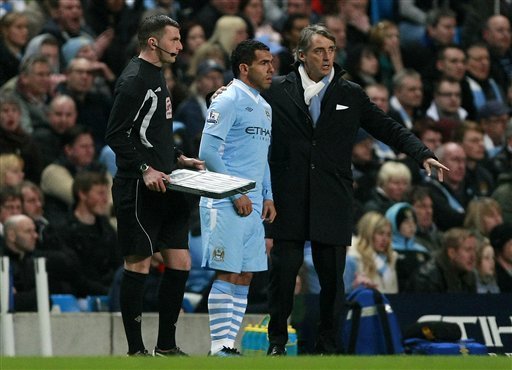 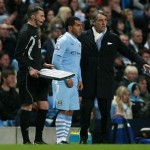 Tevez entered in the 66th minute to a mixture of boos and cheers, his first appearance since he was suspended for refusing to warm up for a Champions League match at Bayern Munich. Tevez assisted on the tiebreaking goal in the 85th with a brilliant deft pass on a turn, allowing Nasri to lift a shot over goalkeeper Petr Cech.

“When he plays he knows where to put the ball,” City manager Roberto Mancini said. “Carlos did an important pass for Samir, all the fans are happy for this.”

“He has showed great spirit and today showed he can be really important until the end of the season,” Nasri said.