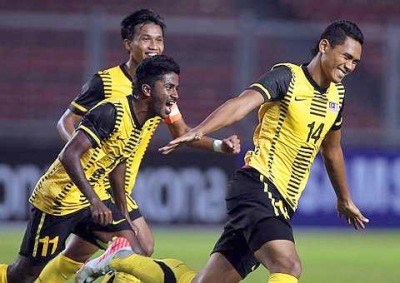 Malaysian substitute Ramlan Izzaq Faris was the hero after he scored the winning goal in the 85th minute.

The Tigers drew first blood in the opening 45 minutes, with a strike from skipper Bakhtiar Baddrol, before Thailand equalized through Natarid Thammaroddodpon in the 78th minute.

But it was not enough as Malaysia hit the winner in the 85th minute.

The ability of the Malaysian team to overcome pressure from Thailand was the key to victory, said Malaysian coach Ong Kim Swee.

“It was a very tight match, but fortunately we produced the first goal, which boosted our spirit,” he said after the match as quoted by Antara news agency.

The win sends Malaysia top of Group A with four points from two matches. In the same group, Indonesia has three points from one match.