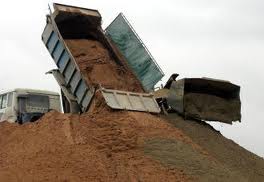 At Johor Bharu, the Johor Goverment has incurred heavy losses and believed to be in the region of the RM1 billion due to sand smuggling along Sungai Johor and the losses were incurred over a period of for years.

Probably the Starprobe was made to understand that an average of five barges that could load up to 4,000 tonnes of sand and each headed towards Singapore daily.

The current market price of RM48 per tonne, a sand contractor, that who declined to be identified and said that each barge was capatable of ferrying sand worth RM190, 200.

According to them that a total of RM960,00 was generated from a day’s sale based on the five barges. – The Star