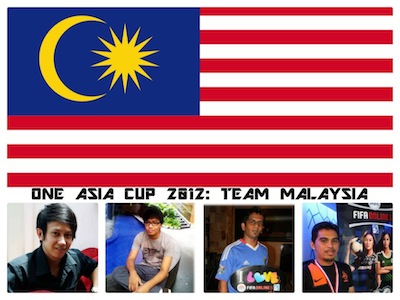 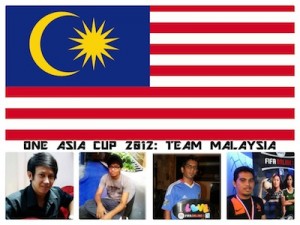 After three months of grueling qualifying selections, 150 finalists from five countries in Southeast Asia will battle it out in Kuala Lumpur today in the One Asia Cup 2012 (“OAC 2012”) cyber games tournament. This event, from December 14 to 16, 2012, is organised by IAHGames, the Singapore-based online games operator and distributor.
The finalists will compete in teams of four or five players at the OAC 2012 to win up to RM50,000 worth of prizes and rewards.
Two of the world’s most popular games – EA SPORTSTM FIFA Online 2 and Counter-StrikeTM Online – will be the core games for the competition.
Five teams with top players from Malaysia, Singapore, Thailand, Vietnam and Indonesia will battle for supremacy of virtual soccer and 16 teams will battle to be hailed the best in the fragging business.
Aside from the cash prize for winners worth up to USD 14,000 in EA SPORTSTM FIFA Online 2 and Counter-StrikeTM Online, all IAH gamers at the event are able to receive exclusive game items & game merchandise worth up to RM 500.
An estimated 1,000 gamers are expected to congregate at the state-of-the-art Cyber Jaya MyCORE Center in Kuala Lumpur from the 14th – 16th December 2012 to support their favourite teams.
The E-sports tournament, which will be streamed “live”, is also expected to attract an estimated 100,000 gamers in Southeast Asia to root for the event online.
About the Games in the Tournament
EA SPORTSTM FIFA Online 2 & Counter-StrikeTM Online will be the anchor games of OAC 2012. Other non-tournament games including Granado Espada, SuperStar Live, New PAL Online, Sevencore and FairyLand 2 will also be showcased at the event.
Aside from enjoying the ultimate gaming experience at the well-equipped MYCORE ?Centre, those attending the OAC games will be treated to special guest appearances/performances by game characters played by the professional cosplay models.

For the EA SPORTSTM FIFA Online 2, the qualifying rounds of matches started from September 2012. A total of 20 finalists were picked from 3,000 players in five countries – Singapore, Indonesia, Thailand, Vietnam and host country Malaysia. Each country has a team of four finalists. The EA SPORTSTM FIFA Online 2 will be held in a Double Elimination Format.
Muhd Nasrullah, an 18 years old student from ITE Chua Chu Kang is one of the representatives for the Singapore team. He said, “I am proud to represent our Singapore team at this mega E-sports event. My hobby is playing online PC game and soccer and I am very excited by the prospect of competing against some of the top players in the region. EA SPORTSTM FIFA Online 2 is an excellent way to combine the two together. By playing this game, I have met many friends who share this common interest with me.” Hafizuddin bin Abdul Pahat, a 20-year old representative for the Malaysian team, said, “I have participated in many tournaments including Adidas 1v1 Challenge 2012 Champion and the previous OAC 2011. In OAC 2011, I entered the Quarter-Final as a Malaysian team representative. I am confident of a better result for our Malaysian team this year.”

Counter-StrikeTM Online will be conducted in a single elimination format. A total of 16 teams from Singapore and Malaysia will vie for the crown with five players per team. They were selected from a total of 128 teams.

The other gamers attending the OAC will be able to vote for the winners at the tournament. One lucky winner will be chosen by lucky draw for those with correct predictions while the rest will win a game item each.

Prospects/New Games to be Unveiled

Besides the game competitions, IAHGames will also unveil its new games, and their game ambassadors.
IAH will showcase its list of blockbuster games at the OAC 2012 event. These include Granado Espada, SuperStar Live, FairyLand 2, and the newly launched and highly anticipated New PAL Online (???Online).

IAHGames Group CEO, Mr Roland Ong said, “OAC is an annual professional gaming event launched since 2009 to reward all IAH gamers. Our focus is to build a dominant community event and to attract more gamers to our fold. As South East Asia’s top E-sports tournament, OAC 2012 has been a great success. In the past two years since it was launched, the OAC event has touched a total of 120,000 gamers.

?While OAC 2012 has brought another pinnacle in terms of the game competitions and prizes to be won for gamers, we intend to further improve the event to enhance and grow our community of gamers. We are also grateful to our sponsors including AMD, AverMedia, Lenovo and Razer, for their resounding commitment to OAC and trust in us in delivering some of the best outcomes for the gaming community.”

About One Asia Cup

The three-day OAC tournament, organised by IAH Games, is held annually across the Southeast Asia region to celebrate and recognize the region’s top gamers. More than 10,000 gamers attended the OAC 2011 held last year. In OAC 2011, 16 participants from five countries took part in the FIFA Online 2, with a player from the Vietnam team winning the first prize.

Live stream for every match is available at: www.twitch.tv/oneasiacup

More details on OAC 2012 can be found on the event official Facebook page:
www.facebook.com/OneAsiaCup, and the official website: www.oneasiacup.com