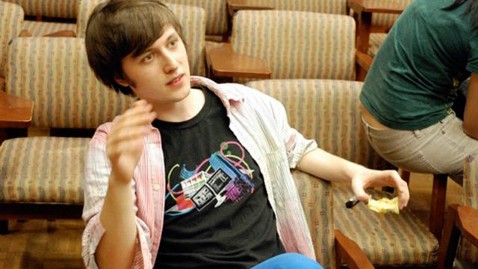 Ilya Zhitomirskiy, a 22-year-old co-founder of the hyped Facebook rival Diaspora committed suicide this weekend in San Francisco. Now the tech community is reeling, and asking hard questions about the pressure facing young tech entrepreneurs.
Silicon Valley is mourning today for Zhitomirskiy, a recent NYU grad dropout, who by all accounts was a bright, motivated geek with big ambitions. “Every time I saw Ilya he had a new plan to save the world. He was optimistic without irony,” wrote Twitter design researcher Karina van Schaardenburg.

In September of last year, Zhitomiriskiy told New York Magazine that Diaspora was a project of pure passion. “There’s something deeper than making money off stuff,” he said. “Being a part of creating stuff for the universe is awesome.”

But many are also asking the obvious question: Did the pressure of running a struggling, much-hyped start-up—not just any start-up, but a Facebook killer—contribute to Zhitomirskiy’s death?

“Burnout is one thing but serious depression is another altogether,” writes Bill Patrianakos on Hacker News, a sort of digital water-cooler for the tech industry. “The pressure of starting a small local business is enough to drive a person mad. Just think about the guys being covered… the widely known ones, the ‘stars’ of the tech startup world.”