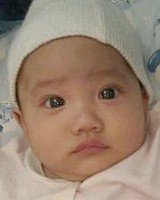 A four-month old baby found dead after she went missing with her babysitter on Wednesday.

The baby, Lim Xiu Yao’s body was found by the joggers at 7pm at Tasik Y. According to the babysitter, she brought Xiu Yao out to Tasik Y at 4.30am on Wednesday to put up notices for babysitting jobs on the lamp pole.

Three men, with Malay ascents pulled babysitter into a car and drove off. She claimed that she was able to escape  when they were passing by Batu Pahat stadium. She slipped and fell down unconsciously. She was then found by the passers-by around 7am.

The baby’s father, Lim Aik Zheng, said the murderers are worse than animals when he saw ants were all over Xiu Yao’s face.

“My only hope is that the murderers are caught and responsible for their actions.”

Xiu Yao’s mother, Tan Hui Kheng, said Lim and she found thoroughly on Wednesday night but they could not find it. She claims that, the babysitter was introduced by her nephew’s tuition teacher. She still cannot believe that this happened on her.

“The babysitter is a single mother. She has a 14 year-old daughter and a 12-year old son,” she said.