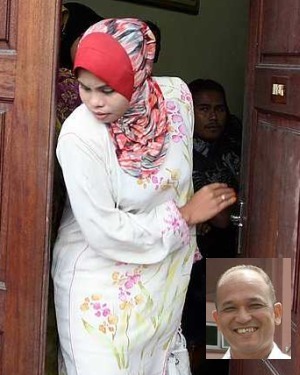 Jitra: The Jerlun Umno division Puteri chief and the division’s secretary were charged at a Syariah Lower Court with allegedly committing khalwat in a house last month.

To committing the offence on May 11, at about 1.20am, Yusmawati Yaacob, 31 and Jasmi Mohd Ismail, 47, pleaded not guilty.

The state Islamic Religious Department victorious to arrested them in a house at Taman Tunku Sarina at Bandar Darulaman near here.

Their lawyer Shukri Zakaria claimed the charge made against his clients was lax as it did not specify the exact crime committed by the.

The duo was alleged to have committed bersedudukan, berkurung, bersembunyi, bersekediaman (close proximity, confined, hiding and living together) without specifyiong the exact term for the offense.

Kedah Islamic Religious Department syarie prosecution officer Juliana Ramli, however, said the prosecution would not change the charge that was read to both the accused.

It already fixed by the Judge Kamaruslan Mustaphafor the hearing is on July 4. – The Star