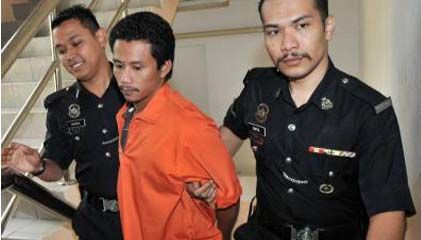 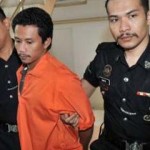 An unemployed man has been charged with the murder of five-year-old Nurul Nadirah Abdullah (fondly known as Dirang) at an oil palm plantation on March 1.

Muidin Mydin, 24, nodded his head after the charge that he murdered Nurul Nadirah (pix) at the plantation was read to him.

He faces the death sentence upon conviction under Section 302 of the Penal Code.

No plea was recorded.