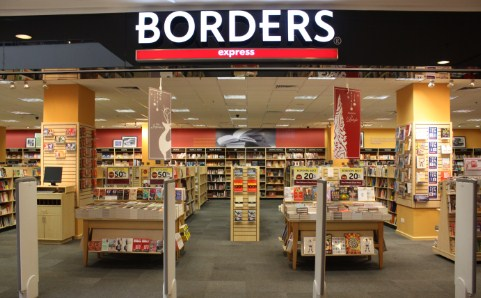 
==Start==
In view of the reports in the press today about an employee of Borders being charged in the Syariah Court for violation of Syariah laws, Borders is compelled to issue the following statement.

The management of Berjaya Books Sdn Bhd who own and operate the Borders bookstore chain in Malaysia is very disappointed that our store manager Nik Raina Nik Abdul Aziz has today been charged by Jabatan Agama Wilayah Persekutuan (JAWI) in the Kuala Lumpur Syariah Court for distributing a book by Canadian author Irshad Manji deemed to be against the Islamic Law (Hukum Syarak) and banned in Malaysia. The charge was brought under Section 13(1) of the Syariah Criminal Offences (Federal Territories) Act 1997.
Nik Raina was accused by JAWI of contravening the Hukum Syarak by distributing or selling Irshad Manji’s book entitled “Allah, Liberty and Love”. If convicted Nik Raina faces a RM3,000 fine or a maximum of two years’ jail or both.

The charge follows a raid on the Borders bookstore at The Gardens Mall in Mid Valley City on 23 May 2012 by JAWI (a unit of the Prime Minister’s Department) which seized books by Irshad Manji that, at that time, had not been banned by the Kementerian Dalam Negeri (“KDN”). There was also no fatwa nor any form of notification issued by JAWI to Borders. There was no way for Borders to know that JAWI considered the books to be objectionable. We understand that the Home Affairs Ministry only gazetted the banning of the Irshad Manji books on 29th May 2012 and that fact was published on 14 June 2012.
Berjaya Books Sdn Bhd has at all times cooperated fully with the authorities and has instructed its employees, both Muslim and non-Muslim, to assist JAWI with its investigations, despite the company not being subject to the jurisdiction of JAWI as it is a non-Muslim entity.

On 5 June 2012, Berjaya Books Sdn Bhd wrote to both the Minister for Home Affairs, Dato’ Seri Hishammuddin bin Tun Hussein, and Minister in the Prime Minister’s Department for Islamic Affairs, Senator Mejar General Dato’ Seri Jamil Khir bin Haji Baharom, seeking their assistance and intervention with regards to JAWI’s action but has yet to receive any reply from either Minister to date.
The management of Berjaya Books Sdn Bhd fully supports our employee Nik Raina who has done no more than to perform her duties as a store manager. As store manager, she does not have influence or control over the selection of books in Borders. The seized books were not at the time of seizure declared to be banned by KDN. Neither did JAWI notify Berjaya Books concerning the seized books.
The day after the raid Jawi came with members of the media to the Borders store in Bangsar Village 2 to interrogate another Muslim female employee. When informed by her that the books have been taken off the shelf as directed and returned to the company’s
head office, she was accused of lying. They proceeded to do a physical search of the premises, which did not turn up any of Irshad Manji’s books.

In full cooperation and compliance with all directives by JAWI, Nik Raina also attended an investigation on the 30th May 2012 with two other colleagues accompanied by Borders’ appointed lawyer. Instead, they were treated roughly by JAWI personnel and were issued a Waran Tangkap. JAWI also refused to allow legal representation to Nik Raina. We view this as outright victimisation and violation of the constitutional and legal rights of our employees.

In the same vein, the management of Berjaya Books Sdn Bhd fully supports and will continue to support our employees whom may be subject to persecution while performing their assigned duties. This support was demonstrated by the presence of the management team of Borders at the Syariah Court today.
The actions of JAWI upon Berjaya Books employees may influence the considerations of corporations when hiring Muslim employees.

Berjaya Books Sdn Bhd has on 18 June 2012 also applied to the High Court of Malaya for a judicial review of the actions of JAWI. The Minister of Home Affairs and the Minister in the Prime Minister’s Department for Islamic Affairs have also been named as respondents in the application for judicial review.