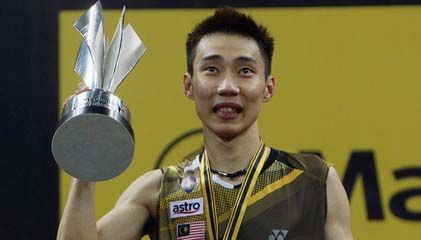 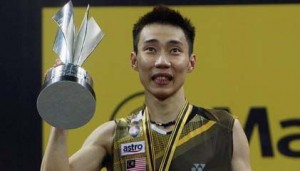 The win was the World No. 1 shuttler’s eighth home title.

The Malaysian looked as though he was in deep trouble, trailing 4-8 in the decider. But backed by the home fans, Chong Wei went on a ferocious attack to romp to victory.

Kenichi Tago had an easier route to the final after China’s Chen Jin retired due to ankle injury.

While an all warmed-up Tago was waiting eagerly, Chen Jin took his time to get his ankle sprayed and taped. After five minutes, Japan coaches Park Joo-bong and Keita Masuda ran out of patience and called for umpire Kristal Tan of Malaysia to intervene.

Chen Jin went on to play but then decided to concede the tie after losing two consecutive points to Kenichi.