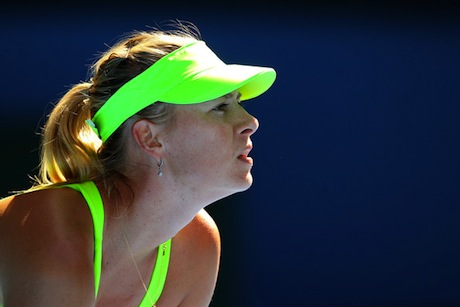 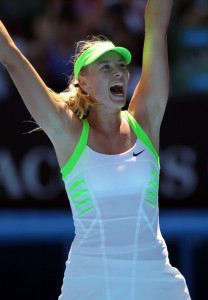 Fourth seed Maria Sharapova overcame a second set rally by Petra Kvitova to advance to her third Australian Open final with a 6-2 3-6 6-4 victory on Thursday.

Kvitova had appeared tentative in the first set, allowing the Russian to dictate play before she found her range with her serve in the second, conceding just five points to send the match into a decider.

Sharapova had issues with her serve in the third set, making five double faults, but remained in the match as Kvitova made 20 unforced errors.

The Russian then sealed victory when the Czech’s serve fell apart in the 10th game to take the match in two hours, 12 minutes.

“I felt like in the third set she always had the advantage,” Sharapova said in a courtside interview. “I just thought to myself you’ve just go to go for it.

“I just hung in there and got a few returns in there in the last game.

“I love this sport and sometimes even if you’re not playing your best tennis, you can find a way to win.”