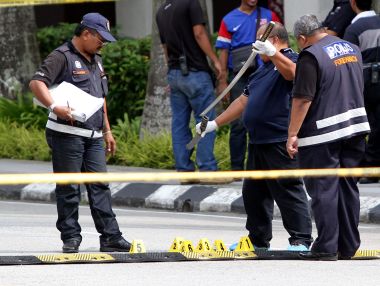 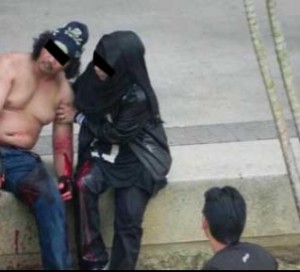 PUTRAJAYA: A man, who was shot outside the Prime Minister’s Dept after he was seen brandishing a samurai sword, has died.

The man, who was with another woman, appeared at the security post of the PM’s complex here at about 2.30pm on Monday wanting to go into the complex.

They were seen waving the swords in an aggressive manner.

The policemen rushed out of their post and tried to talk to the couple who became more agitated.

Whilst the policemen were talking to the couple, a team of anti-crime personnel arrived.

Witnesses said after failing to calm down the couple, the police fired at the man in the left arm while the woman was shot in the left leg.

Both were taken to Putrajaya Hospital where the man later died.