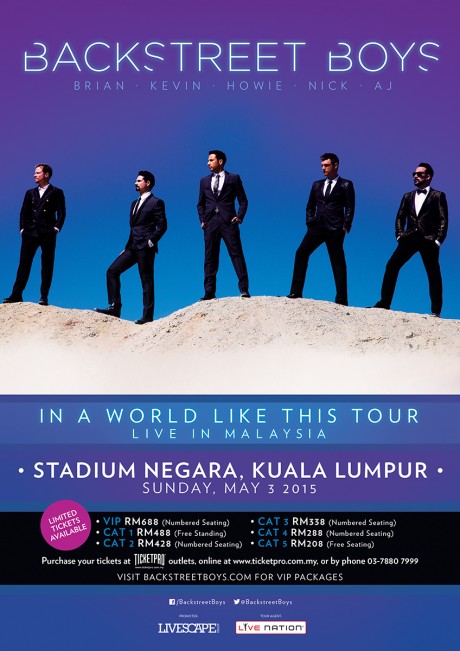 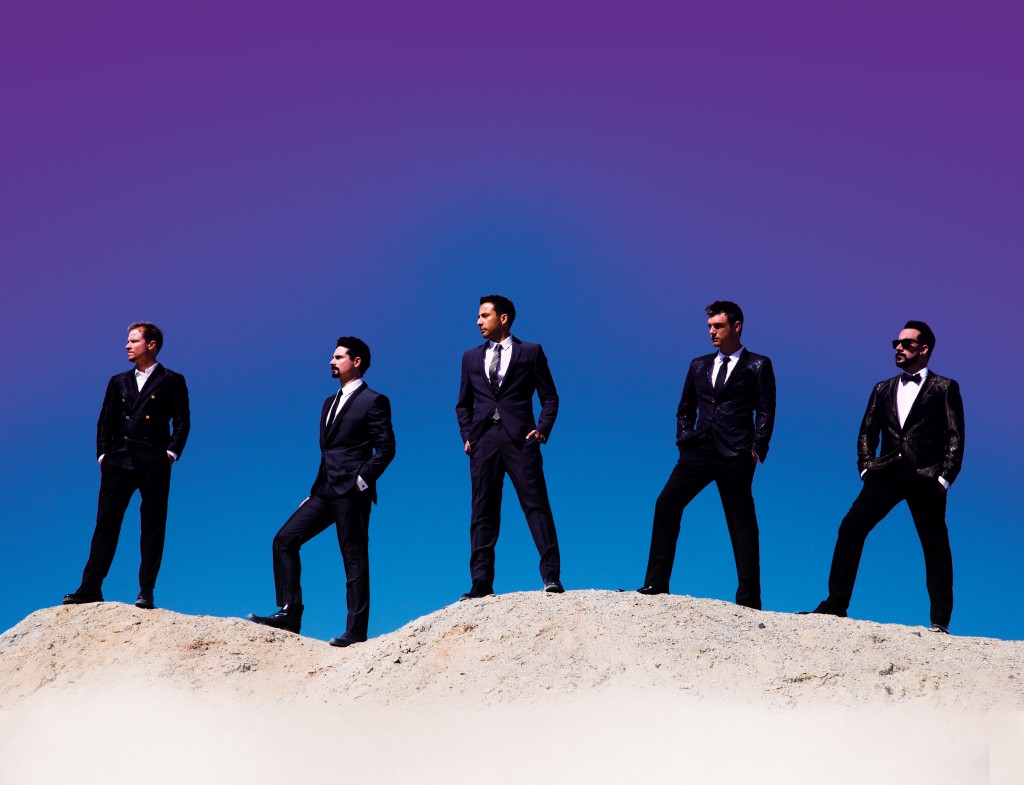 Legendary boy band, the Backstreet Boys, are set to perform live in Malaysia as part of their “In A World Like This” tour on May 3 at Stadium Negara, Kuala Lumpur.

KUALA LUMPUR: The world’s best-selling boy band, the Backstreet Boys, will be heading to Malaysian shores as part of their “In A World Like This” tour on 3 May 2015 that will be held at the iconic Stadium Negara. Organized by The Livescape Group, the one-night-only show is set to attract over 6,000 fans of all ages.

“We are thrilled to be working with Livenation to bring the Backstreet Boys back to Malaysia. As one of the world’s largest and foremost boy bands, we are sure that their appearance in Kuala Lumpur will be highly anticipated”, Rahul Kukreja, Director of Live Events of The Livescape Group said.

The five piece American pop vocal group was formed in 1993 and consists of members A.J. McLean, Howie Dorough, Nick Carter, Kevin Richardson and Brian Littrell. The band shot to fame with their self-titled debut album, Backstreet Boys in 1996. Following the success of their first album, the Backstreet Boys released their second international album Backstreet’s Back in 1997. Singles from this album include “Everybody (Backstreet’s Back)”, “As Long As You Love Me” and “All I Have To Give”. The single “Everybody (Backstreet’s Back)” and “All I Have To Give” peaked on the U.S. Billboard Hot 100 at no. 4 and no. 5 respectively.

The group took a two year break before releasing a comeback album Never Gone in 2005. After successfully completing their Never Gone Tour in 2006, band member Kevin Richardson, left the group to pursue a solo career in singing, modelling, and acting. Nevertheless, the Backstreet Boys continued promotions as a four piece vocal group and released two albums, Unbreakable in 2007 and This Is Us in 2009. In 2012, the group made fans worldwide happy when they announced that Richardson had rejoined the Backstreet Boys permanently. In 2013, the band celebrated their 20th anniversary by releasing their first independent album, In A World Like This.

The Backstreet Boys “In A World Like This” Tour in Malaysia will take place at Stadium Negara, Kuala Lumpur on May 3. Tickets are priced between RM208 – RM688. Tickets will be on sale from February 7 onwards via www.ticketpro.com.my. For more information or to obtain updates on the Backstreet Boys show in Kuala Lumpur, logon to https://www.facebook.com/livescapeasia. 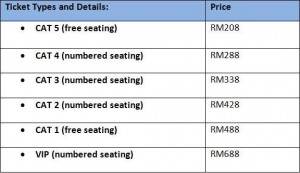 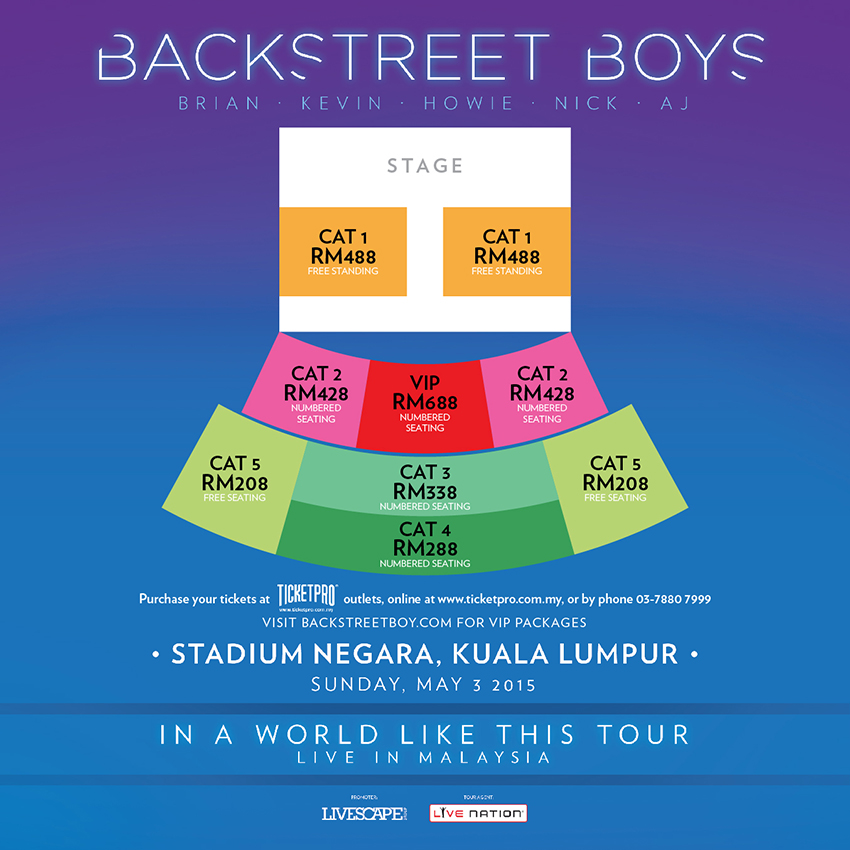