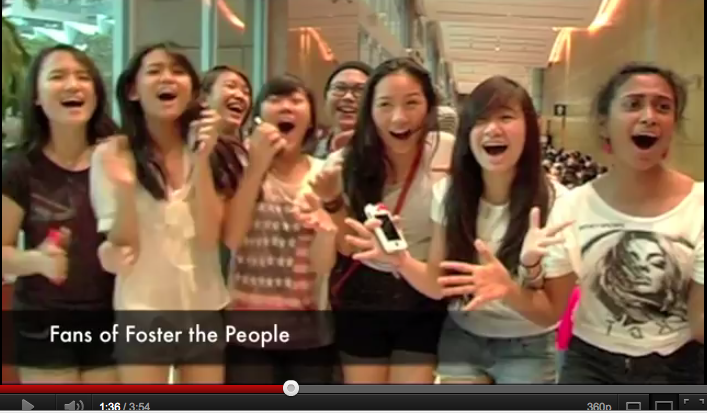 On the 13th of January 2012, Foster the People made their way to Malaysia for the first time. The event took place at KL Convention Centre in Kuala Lumpur.

The show started around 8.30pm, but the fans arrived earlier than that. One of the fans even said that they lined up since 10am to stand at the front stage & get close view of the performance – shows how fanatic they were for the band.

The show lasted about 1 hour, which the band successfully played all their songs from their album ‘Torches’ and left the fans with a ‘Wow’ feeling and unforgettable experience.

The event was organized by PR Worldwide, which has very well experienced in organizing entertainment events such as Disney on Ice , Maroon 5 , Mary J Blige & Julio Inglesias.

So, Malaysiasaya team had a chance to interview some of the fans and they managed to share their thoughts and feelings about their favorite band and get to see them played (finally) LIVE on stage here in Malaysia.