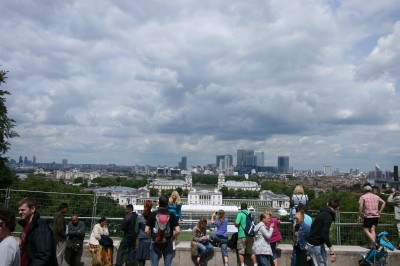 Travelling may need a lot of consideration in terms of finance, accommodation, and time. But who would’ve thought that travelling helps to relieve stress. Yes, it’s true. According to Charlotte Gerber, it is a good method to relieve stress. As a globetrotter myself, I managed to travel across the globe and discover some breath-taking places. Here’s my list of 5 places to visit in the world. This beautiful city will get you hooked to its amazing culture and historical buildings which make it a centre for tourism. The best I’ve encountered at the city itself is the Roman Baths, a museum and also the main attraction for the tourists. What makes it special is that it showcases artifacts from the Roman era, including the Sacred Spring where the Romans believed to be the “work of Gods”. Besides that, Bath is also famous for its architecture – ‘The Royal Crescent’ designed by English architect, John Wood is a structure of terraced houses laid out in a form of crescent. Of course there is a lot more to explore in this beautiful city. Not to mention that notable Youtube celebrity, Charlie McDonnell is from Bath too.

The capital city of United Kingdom, London gathers over 14 million international visitors per year therefore it is now  the world’s most visited city. Being the largest urban zone in the UK, the most visited attractions in London are Madame Tussauds, Southbank, Victoria and Albert Museum, Tower Bridge, Buckingham Palace, etc. In terms of theme parks, they have Alton Towers and Thorpe Park, where they have crazy and extreme rides ranging from different kinds of roller coasters. Besides that, Oxford Street is a place for shopping and is visited often by tourists. The stores located at the streets are Ted Baker, Uniqlo, H&M, Monsoon, etc.

Located in the Republic of Austria, Salzburg is one of the best-preserved city centres north of the Alps. Known as the birthplace of the renown composer, Mozart, this city has attracted many tourists. It does not seem familiar to some of you, but the successful film, The Sound of Music was filmed in Salzburg. The largest castle in Europe is also located here which is the Hohensalzburg Castle. Visitors have to walk up the hill to get to the castle. Salzburg is known as a peaceful place. It is definitely the place for people who enjoy serenity and the green environment.

Or as every other tourist would call, “A shopping paradise”. Yes, Bangkok is one of the many countries that bring contemporary lifestyle and a definite shopping heaven. Besides the shopping spree, visitors get to see the Grand Palace & Wat Prakeaw, the home of the Thai king, the Royal court as well as the administrative government. The palace is highly praised as it gives out the sense of traditional Thai style alongside its delicate architecture. If you’re up for fun, visit Dream World! Its an amusement park filled with many exciting rides for family. Besides that, don’t forget to hop in a boat and explore the floating market, where food vendors sell fruits, vegetables and so much more on their boats!