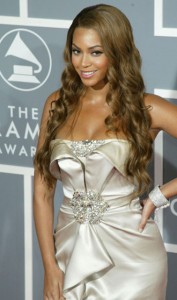 The Billboard Millennium Award will recognize Beyoncé’s career achievements and influence in the music industry, from her role as the frontwoman of Destiny’s Child to her three-chart-topping solo albums, which have collectively earned her 16 Grammy awards and ASCAP’s Pop Songwriter of the Year award. Previously, Billboard named Beyoncé its woman of the year.