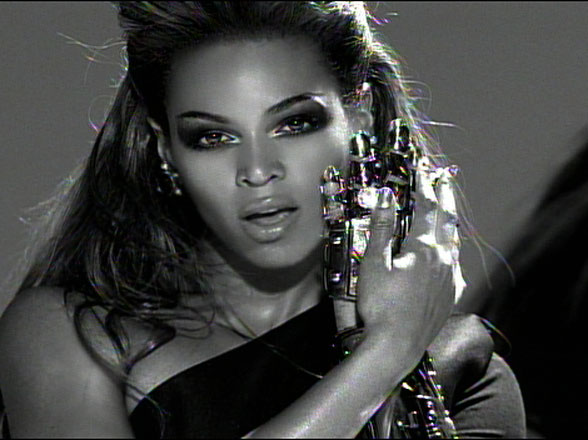 Beyoncé’s headlining gig at Glastonbury this weekend, following in hubby Jay-Z’s footsteps (and risking getting her bling muddy), serves as a suitably showy prelude to her fourth solo album.
It’s a collection designed to prove that this r’n’b megastar, no longer managed by her formidable pa, Matthew Knowles, can hold her own.
Not that she’s entirely unaided. Beyoncé is allied here with a wealth of top songwriters and producers: Neptune Chad Hugo on I Care; Kanye and André 3000 on the synth-boogie of Party; love song supremo Diane Warren and Ryan ‘Halo’ Tedder on earnest piano number I Was Here.
Yet she’s never eclipsed by her guests, and there’s certainly no mistaking her voice – bold, beautiful, and capable of bowling you over.
Despite early reports of its afrobeat inspiration (Beyoncé worked with the band from Broadway musical Fela!), 4 mostly evokes 1980s soul (think Whitney or Janet Jackson).
The songs expound seasoned passion rather than girly crushes, and even melodramatic outbursts such as Rather Die Young (surprisingly co-written by Empire Of The Sun’s Luke Steele) sound immaculately slick.
Wisely, the 12-strong track-listing is also tighter than its double-pack 2008 predecessor I Am… Sasha Fierce.
Single Run The World (Girls) seems a slightly tacked-on reminder Beyoncé can still bust booty-shaking routines.
But 4 seals her move from favoured Destiny’s Child to woman in love.