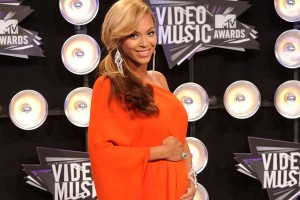 With all the attention being paid to it, one of the most anticipated event of the nascent year has finally happened — Beyonce and Jay-Z welcomed their first child into the world this weekend.

On Friday, Beyonce reportedly checked into Lenox Hill hospital where the entire fourth floor was rented out for $1.3 million, a source told the New York Daily News.

To keep the couple’s privacy, the hospital’s windows and surveillance cameras were blacked out and employees of the hospital reportedly had to turn in their cell phones before starting their shifts, sources told the Daily News.

E! says the baby arrived via scheduled C-section, and that Jay-Z is telling friends her name is Blue Ivy Carter. This is the first child for the superstar and her husband.

Russell Simmons also acknowledged had good wishes for the new parents: “congrats to my good friends Beyonce and Jay-Z,” he tweeted.