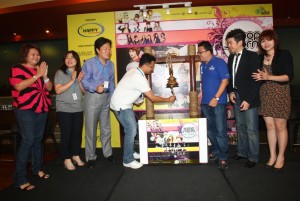 “WBS Concert: K Pop Storm Live in Malaysia” 2012 is the biggest K-Pop concert in Kuala Lumpur. This has been an on-going Korean Cultural Program in Korea for the past few years and it is the first time to be held in Kuala Lumpur, brought to you by WBS.

This is the first time where SHINEE will lead the Top Korean K Pop Groups. SHINEE is also one of the top five groups in Korea. For all the K-Pop fans, this will be a very rare opportunity to see nine of the most famous K-Pop idol groups from South Korea; SHINee, U-Kiss, Teen Top, Block B, Girls Day, DalShabet, No Brain, D-Unit and The Gwangdae.

“WBS Concert: K Pop Storm Live in Malaysia” Concert 2012 will satisfy the K-Pop fans who have thirsted for a mega K-Pop concert in Malaysia. The concert will be held at Sunway Lagoon Surf Beach on 6th November 2012 (Tuesday), features all top-rated and new Korean pop stars who are currently leading the Korean Wave. Do not miss this once in a lifetime opportunity to meet SHINEE’s 1st visit in Kuala Lumpur. There will be a surprising K-ROCK collaboration performance as well.
““WBS Concert: K Pop Storm Live in Malaysia” Concert 2012 is brought to you by WBS and organized by Happy Entertainment, Mega Ultimate and CFA x NUDE as joint concert management, Ticket Charge as official ticket agents, Sunway Lagoon as the official concert venue. It is supported by the Korea Tourism Organization and Malaysia Truly Asia.

“WBS Concert: K Pop Storm Live in Malaysia” will be documented as a historical event in Malaysia that features nine famous K Pop group. The concert ticket are categorized at Super VIP, RM688, RM588, RM388 and RM133 with limited availability. Do visit the official ticket agent website: www.ticketcharge.com.my for further inquiry on ticketing.

About SHINee
SHINee consists of Onew, Jonghyun,Key, Minho and Taemin, is a contemporary band. SHINeewas released the music video named “Lucifer” and within hours of the release, the album topped various physical and digital sales charts in South Korea.Amidst their promotional activities for the second studio album. The group also participated in the SMTown Live ’10 World Tour  with their label-mates and also performed at a concert at Staples Center in Los Angeles.

SHINee started their first concert tour, “Shinee World” by holding their concert at Yoyogi National Gymnasium in Tokyo and attended by a total audience of approximately 24,000 attendees.
On March 22, 2012 Shinee’s music video “Sherlock” was released on SM Entertainment’s YouTube channel and “Sherlock” was the #1 song on “Show Champion”. Also, Shinee received the #1 award for the same single on “M! Countdown” and “Inkigayo”. 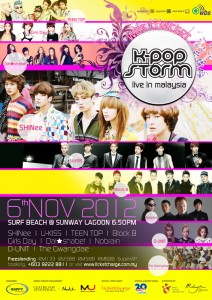