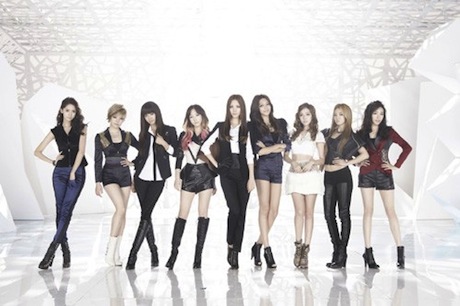 Kuala Lumpur, 20 March 2012 – Making a return in 2012 the TWIN TOWERS @LIVE 2012 is proud to announce a star-studded international line-up of artistes set to take to the stage on Friday 23 and Saturday 24 March 2012, respectively.

Set to take place at the base of Kuala Lumpur’s iconic PETRONAS Twin Towers, the free-to-public event will be organised and managed by JoJo Events as the appointed concert management consultant.

Pussycat Dolls lead singer Nicole Scherzinger has had numerous success with the band with worldwide chart-topping hits like “Don’t Cha”, “Buttons” and the English version of “Jai Ho”, the hit song from the critically acclaimed movie Slumdog Millionaire, to name a few. In addition to the success with the Dolls, the American songstress also enjoys a successful solo career working with a wide roster of producers and song-writers, including Pharell Williams, Will.i.am, NeYo and Timbaland, to name a few. Nicole’s appearance at the TWIN TOWERS @LIVE 2012 marks her first headline appearance as a solo artist in Malaysia. Commenting on her appearance, Nicole notes, “I am really delighted to be coming to Malaysia to perform at the TWIN TOWERS @LIVE 2012. The last time I was here, the experience was electrifying so I can’t wait to be performing especially here with the amazing PETRONAS Twin Towers as the backdrop.”

Meanwhile, award-winning and Grammy nominated R&B/dance star Kelis is also slated to headline the second of the two shows staged on Saturday, 24 March 2012. Having collaborated with fellow artistes like Mark Ronson, David Guetta, Björk and Busta Rhymes, Kelis notes, “I am really looking forward to coming to visit and perform in Malaysia. I have heard great things and am really excited to be coming to Kuala Lumpur.”

Also performing at the TWIN TOWERS @LIVE 2012 and making their Malaysian debut are South Korea’s pop girl-group Girls’ Generation. Formed by S.M. Entertainment in 2007, the nine-member group, also known as SNSD by their fans, have to date released three Korean albums, three Korean mini-albums, one Japanese full album and a number of hit singles. Their 2009 hit single ”Gee” holds the record for being the longest running No. 1 song on KBS Music Bank having held the No. 1 chart ranking for nine consecutive weeks and over 68million YouTube video views.