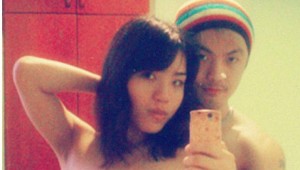 “I see nothing wrong in posting the nude pictures and videos of our sexual relationship on the Internet. It was intended for the world to see how much we love each other. I cannot understand why people have to make so much fuss about this. It is our private affair,” she said.

Lee, 23, and her boyfriend of six months Alvin Tan Jye Yee, 24, caused a cyber furore when their postings on their blog Sumptuous Erotica became viral and was caught on by the Singapore media.

“To us, the pictures on the blog were a work of art. We are open-minded people and we just want to share this with the world. We want them to see how pretty it was.”

Lee said she failed to understand why people had different perceptions on Asians when they posted such images in cyberspace.