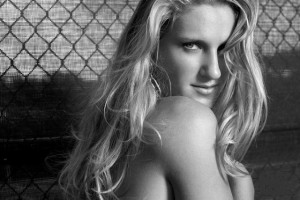 It wasn’t so much a grunt – more like a warble.

She started quite low down the scale, went up an octave and finished with a whinny. Occasionally there was a little shriek, followed by a sigh.

For the extraordinary acoustics of the girl they call the Soviet Screamer echoed around a packed Wimbledon court yesterday – and brought mutterings of disapproval from the crowd.

True, she may not have the decibel level of serial grunters such as Maria Sharapova or Monica Seles. But what the Belarus blonde lacks in volume she makes up for with pitch – and remarkable duration.

And here’s a video of serial grunter Maria Sharapova against Azarenka in Rome 2011:

The ‘Beauty’ of Photoshop,