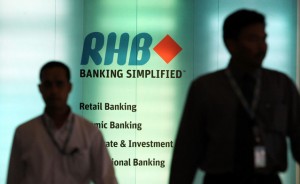 The merger between Malaysian lender RHB Capital’s banking group and OSK Investment Bank is expected to be finalised by March, The Edge Financial Daily reported on Thursday citing unidentified sources.

“(The parties) are nearing completion of discussions and aim to submit the details of the merger (to the central bank) as early as this month,” a source familiar with the matter was quoted as saying.

“The due diligence undertaken by RHB Capital for the proposed takeover of OSK Investment Bank is on track and the whole deal is targeted to be finalised by March of next year, if everything goes well.”

RHB and OSK Holdings Bhd have been in merger discussions since receiving approval from Malaysia’s central bank in October to commence talks, the success of which will create the country’s largest stock broker.

RHB’s managing director, Kellee Kam, was earlier quoted as saying that the merger proposal would be finalised in December.

Kam said it was too early to say if the merger would be finalised by March, when asked to comment on The Edge’s report on Thursday.