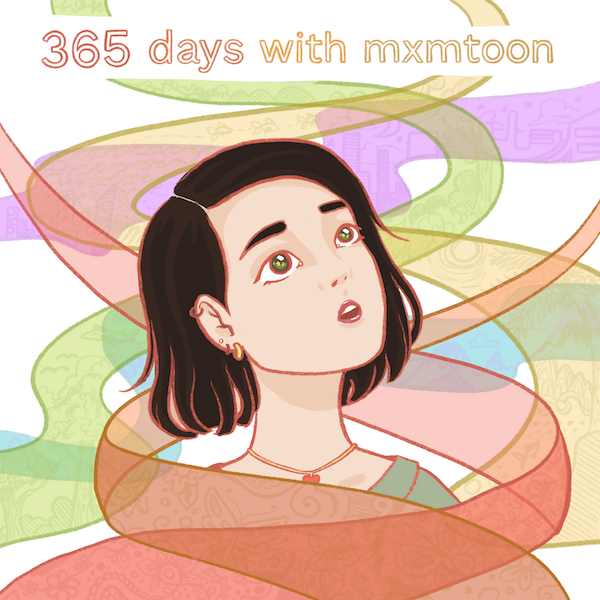 The artist/songwriter/actor/designer/gamer/simp will take you through the most interesting, weird, and funny events of that day in history. You’ll laugh, you’ll cry, and you’ll learn a ton of new things. 365 days with mxmtoon isn’t the first time mxmtoon has dipped her toes in the podcast world. Last year she released the hugely successful 21 days with mxmtoon from Spotify Studios.

Maia tells us “365 days with mxmtoon is a daily podcast with a focus on world history, music history, and my own life too! the goal with each episode is to hopefully inspire listeners to stay curious and think critically about the events that have brought us to where we are today. i believe it’s my responsibility to help shed light on important issues, and this podcast can hopefully motivate others to spark a conversation with their communities as we venture through the miscellaneous nature of our world.”

Aside from world podcast domination mxmtoon has also recently announced her dusk EP. It’s the companion EP to her previously released dawn which came out in the spring. dusk is an exciting new direction suggesting that the sky is truly the limit for Maia’s artistry.

The world’s changed a lot since dawn was released, and so has mxmtoon’s life. She recently turned 20 years old and, along with continuing to work on music, has dove headlong into the digital world by using her voice as an activist through social media platforms like TikTok, Twitch, and Discord and people are listening. Already her music has amassed almost half a billion streams and she has more than 4 million followers across her socials, including 2.2M on TikTok, 750K on YouTube and 75K on Twitch.

From political explainer videos to charity stream sessions, Maia has been doing more than her best to, as she puts it, “keep some sort of normalcy amongst the chaos. These platforms are a way to connect and have conversations with people in a world where I don’t get to see them face-to-face for a while. It’s made me closer with my audience as a result.”

“If 2020 has proved anything, it’s that the world can keep throwing things at you even when it’s already crazy and horrible,” Maia continues while discussing her online activism, which has included speaking her mind and educating her fans on Twitter and TikTok. Maia is using her voice to empower the LGTBQ+ community, Black Lives Matter, and has been a vocal opponent against the Trump administration. “Speaking out on issues I believe in has always been incredibly important to me, especially in this time where being proactive is more important than ever. It’s about fighting for the issues that are really important and doing what we can for the world.”