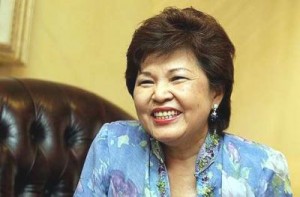 Ng noted that those being sought for the MM2H programme were no ordinary people. Only those who qualify, those who really have financial resources, can make Malaysia their second home.

In turn, Malaysia offers a multicultural and dynamic environment, natural resources, a stable political climate and a robust economy for the Chinese to grow their wealth.

“MM2H is meant to attract more investors to Malaysia. They not only come to live in Malaysia, but also to invest,” Ng told Bernama, adding that about 1,000 mainland Chinese were expected to participate in MM2H in 2013.

Under the programme, foreigners who fulfill the requirements are allowed to reside in Malaysia as long as they choose and are provided multiple-entry visas.

They are also offered access to education, allowed to invest in properties, and their income from offshore activities are exempted from taxes.

The programme was introduced in 2002 and by August 2011 about 20,000 people from 120 countries have made Malaysia their second home, with 3,000 of them being Chinese nationals.

Admittedly luring the Chinese is no easy task. Hence, the ministry is now going on overdrive to woo them, with the help of five Malaysian tour operators who have signed an agreement with the Bank Of China.

These five tour operators will promote the second home programme to those bank customers who qualify, while the bank will open six branches in Malaysia to serve as a one-stop service centre to cater to its customers taking part in the programme.

“Most importantly, the bank has 300,000 high net-worth customers, with no less than USD2 million in their accounts.

“These people want to procure assets, open businesses and invest. So they are not only coming to stay in Malaysia, but also to invest in Malaysia,” explained Ng.

Nevertheless, from January to August 2012 475 Chinese nationals joined the programme, a increase of 25.7 per cent compared with the same period in 2011.

“Through MM2H, they will stay longer in the country and contribute to our country’s economy,” she pointed out.

Apart from participating in MM2H, the ministry also encourages tour agents to promote Malaysia’s eco-tourism, as this is a sector that is increasingly attractive to younger Chinese.

Among the locations preferred by these Chinese are Sabah and Sarawak, known for their rich and unique flora and fauna.

This is also in line with Visit Malaysia Year 2013. -Bernama

Spa Industry needs to be regulated to weed out vice activities