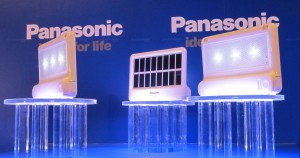 Panasonic Corp will invest 50 billion yen ($645 million) to build a solar panel plant in Malaysia, to bolster output by a third to 900,000 kilowatts, the Nikkei business daily reported.

The plant, which will open in 2012, will be its first full-range production facility outside Japan that will make silicon wafers and complete final assembly of panels, the Nikkei said.

By building panels overseas the Japanese company is aiming to remain competitive as a strong yen at home pushes up production costs, the paper said

Panasonic, which has been touting environmental and energy technology as key growth areas, in October dropped a plan to convert a television plant into a solar power factory because of the strong yen and an industry price war. ($1 = 76.985 Japanese Yen)

House or condominium? How much can I afford?