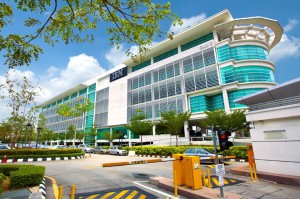 Cyberjaya, selected as one of Japan’s 2011 FutureCities, has been invited by the Japanese government to its international forum on the ‘FutureCity Initiative’ on February 21.

Other cities selected as ‘FutureCities’ that will be present to share their initiatives are Copenhagen (Denmark), Malmo (Sweden) and Surabaya (Indonesia).

The FutureCity Initiative is one of Japan’s national strategic projects, identified in its New Growth Strategy which was decided by the Japanese government in June 2010.

The purpose of the initiative is to resolve issues such as environment and aging societies in order to create cities that are home to human-centred values.

Based on the initiative, the Japanese government will select several cities as the first models of FutureCities in Japan and will seek information regarding leading practices in the field of sustainable city development in the world.

Cyberjaya will be represented by Pipah Mohd Nasir, General Manager, Business Development of Setia Haruman Sdn Bhd, the master developer of the city.