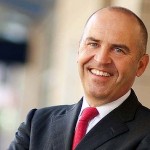 RARE earths miner Lynas has had a win in its battle to complete a processing plant in Malaysia, after a court dismissed an attempt to delay the operation.

The company said yesterday the High Court of Malaya had denied an application for leave to apply for a judicial review of the decision by Malaysia’s Atomic Energy Licensing Board to approve a temporary operating licence for the advanced materials plant.

The court ruled that because there was also an appeal in process to the Minister of Innovation, Science and Technology, it would not be appropriate for the court to intervene. Lynas said it expected the appeal to the minister to be heard this month.

Lynas executive chairman Nicholas Curtis said despite the court ruling, the controversy around the project was undermining both the plant and Malaysia’s international investment reputation.