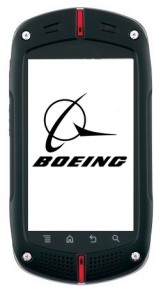 Yes, you read the title right, while Boeing is busy producing commercial airliners, helicopters, and satellites it sure didn’t stop the company from focusing on the smartphone sector, and the company says it plans to release a highly-secure Android-based smartphone by the end of the year.

Boeing President Roger Krone declined to go into specifics when it came to the device’s hardware or release date, though he did note the Boeing Phone (the company hasn’t officially decided on a name yet) is nearing the end of its development cycle, He also told National Defense Magazine’s Stew Magnuson, the Boeing Phone will give customers “what they are used to seeing [on consumer market smartphones] and give them the functionality from the security perspective.”