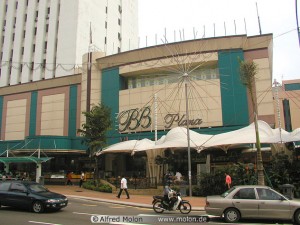 freemalaysiatoday.com reports that UDA Holdings has confirmed that the famous Bukit Bintang Plaza will be demolished by the end of 2012.

The Plaza will be demolished to pave the way for the construction of a massive rail transit station.

This means all traders occupying the mall will be evicted by year-end despite My Rapid Transit (MRT) Corp’s earlier statement that only a portion of the complex would be affected by the project.

“That’s what the MRTCorp told you [media]. What they told us is that BBP would be demolished. All of us, including Uda Holdings office, would be asked to vacate by year-end,” Uda Holdings senior vice-president Syed Ahmad Nazri Syed Kamaruzaman told a press conference.