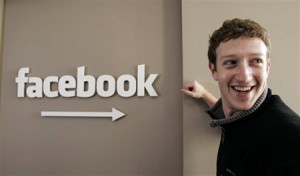 Facebook, the social-networking titan is expected to file for its initial public offering as early as tomorrow.


The S-1 filing to the U.S. Securities and Exchange Commission typically gives outsiders their first chance to get an intimate look inside a company. With a potential valuation as high as $100 billion and a user base of 750 million people, the scrutiny over Facebook will be intense.

“Everyone is looking forward to learning more about the specifics of the business in an attempt to understand how Facebook will have an impact on the Internet,” said Carlos Kirjner, an analyst at Sanford Bernstein.

Sure, Wall Street firms and potential investors will be poring intensely over the financial goodies. But S-1 fillings tend to offer a treasure trove of juicy details. Here are some of the goodies for which people will be searching the filing.


Facebook Inc. chose Morgan Stanley to take the lead on its planned initial public offering, four people with knowledge of the matter said.

Morgan Stanley stands to earn a larger share of the fees collected by securities firms for arranging the IPO. Goldman Sachs Group Inc., JPMorgan Chase & Co. (JPM), Barclays Plc (BARC) and Bank of America Corp. will help with the sale, said the people, who asked not to be identified because the matter is private.
Getting picked for the IPO is a coup for Morgan Stanley and Michael Grimes, the global co-head of the bank’s technology investment banking unit. The securities firm won the biggest share of business underwriting U.S. initial offers by Internet companies last year, data compiled by Bloomberg show. Taking the lead on Facebook may catapult the New York-based bank to the top of the U.S. IPO league table for a third year running.

“This means a huge windfall for them,” said Jack Ablin, who helps oversee $55 billion as chief investment officer for Chicago-based Harris Private Bank. “The fact that they have led so many high-profile social media deals in the last year is proof positive that Morgan Stanley (MS) is most likely to be able to get this deal done.”