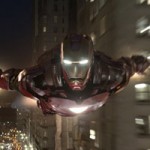 The world is anticipating the release of The Avengers movie in May 2012, but that does not stop the Studios from teasing us with even more goodness.

This time around collider.com reports that Iron Man 3 plot may have been leaked,according to collider:

Apparently the entirety of Iron Man 3 may or may not involve nanobots. Latino Review is reporting the scoop that the film will revolve around nanobot technology “that can make villains” and “that can also make Tony Stark more than a man in the suit.” Apparently the idea for using nanobots is given to Stark by Captain America in The Avengers, given that Whedon’s film will serve as the tee-up for Iron Man 3. There’s no confirmation one way or another, but LR has been pretty solid with scoops in the past.