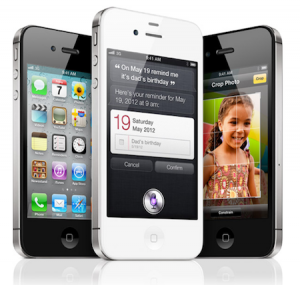 
Apple is claiming that the iPhone 4s is the “most amazing yet” but not many people, including Apple fans quite agree with the statement, and would it be enough to stall the rise of Android phones?.

At his first major product launch since being crowned CEO, Tim Cook ceded the critical iPhone presentation to another executive, and failed to generate the same level of excitement and buzz that predecessor Steve Jobs was famous for.

The new iPhone 4S is identical in form to the previous model, disappointing fans who had hoped for a thinner, bigger-screened design. Apple’s shares fell as much as 5 percent, before recovering with the broader market to close down 0.6 percent.

But analysts say the new device sported some new features, such as voice commands, to draw in consumers and is still going to be a big draw this holiday season, particularly as the phone is now available on Sprint’s network in addition to AT&T and Verizon Wireless.

It remains to be seen whether the iPhone 4S can stem market share gains by phones running Google Inc’s Android software. Samsung Electronics, notably, is growing global shipments several times faster than Apple and is now estimated at within a hair’s breadth of catching up in worldwide market share.