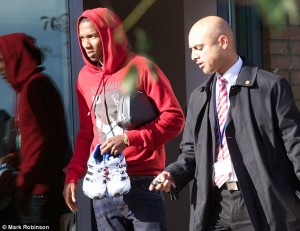 Ashley Young finally completed his move to Manchester United as manager Sir Alex Ferguson continued his summer plan to overhaul the way that his team play.

Young signed on the 23rd of june 2011 having passed a medical the day before.He signed a five-year deal with the Manchester club for an undisclosed fee.

United clinched a record 19th title last season, holding off the challenge of Chelsea to win the Barclays Premier League by nine points, but manager Ferguson realises his side have to be more inventive to see off their rivals again, as well as Liverpool, Arsenal and Manchester City.

For all United’s achievements in winning the League and reaching the final of the Champions League, a domestic tally of 80 points is unlikely to win the title next season and United were outclassed in a 3-1 defeat against Barcelona at Wembley.