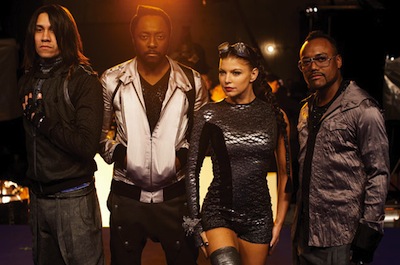 The Black Eyed Peas have denied rumors that they are breaking up but say they are taking a break from making music together for a while.

“We are not breaking up,” band member Taboo told Reuters on Monday at a launch party for their video dance game, “The Black Eyed Peas Experience.”

“We’re going to take a little vacation and focus on our personal things,” added Apl.de.ap, real name Allan Lindo, Jr. who will be focusing on his duties as ambassador for education in the Philippines.

Will.i.am told TV chat show host Ellen DeGeneres, in an interview to be aired on Wednesday, that the band “always have two cycles of records and then we take a break.”

“When we take breaks you know, we work on side projects and get our personal stuff in order to then come back and make beautiful music,” added the rapper.

The band will play their final concert before the break in Miami on Wednesday and will feature Marc Antony, Cee Lo Green, Flo Rida, Sean Kingston and Jason Derulo.

The four band members have all ventured into solo projects in addition to their music, including fragrance and shoe collections, acting, and philanthropic causes, which they will be focusing on during their hiatus.

Their video dance game on the Xbox 360 Kinect and Wii consoles allows gamers to learn the Black Eyed Peas choreography while seeing their progress captured on screen.

“I want them to get the excitement of actually having the Black Eyed Peas in their own living room,” said Taboo.

The game is also a good workout regime. “We have childhood obesity, so it’s a good way for people to work out while having fun,” said singer Fergie. – REUTERS

It Does Not Matter If You Are Black or White