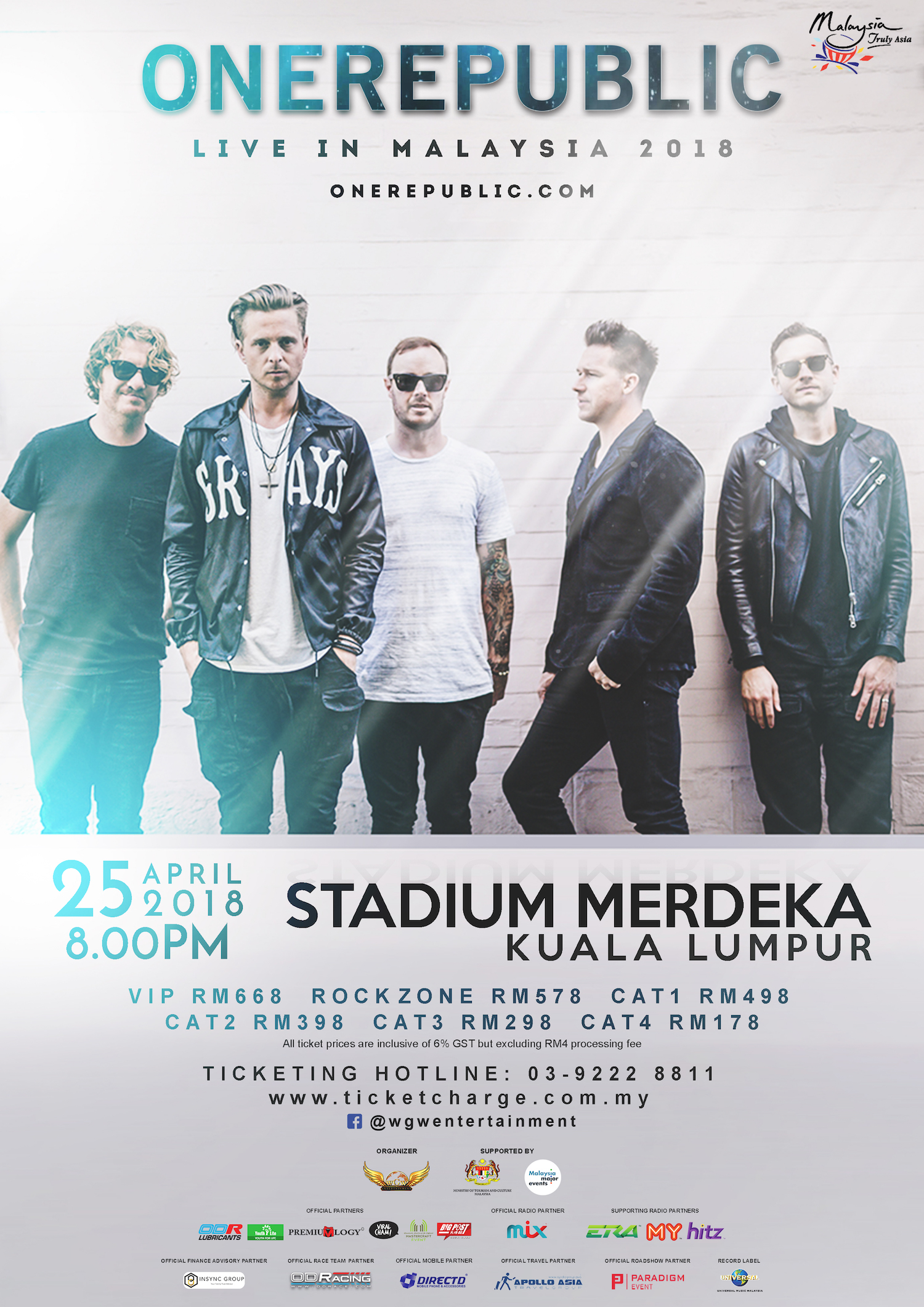 The band who brought us “Stop and Stare” “Apologize” and “Counting Stars” will be heading to our shores this April.

OneRepublic will be returning to Malaysia as part of the Asian leg of their world tour in support of their fourth and latest top-charting album, “Oh My My”!

Organised by WGW Entertainment and supported by Malaysia Major Events (MME), a division of Malaysia Convention and Exhibition Bureau (MyCEB), a bureau under the Ministry of Tourism and Culture, OneRepublic Live in Malaysia 2018 is set to illuminate Stadium Merdeka at 8pm on 25 April. Tickets are available through TicketCharge platforms.

OneRepublic is made up of frontman Ryan Tedder, guitarist Zach Filkins, guitarist Drew Brown, drummer Eddie Fisher and bassist and cellist Brent Kutzle. This will be the quintet’s first show in Malaysia after nearly half a decade; they last played here in 2013.

The band, formed in 2002, rose to fame on the social media platform MySpace before signing to a label and releasing a string of hits like “Apologize”, “Stop and Stare”, “Counting Stars”, “Secrets” and “If I Lose Myself”, in becoming one of the most successful and popular bands of the decade.

Throughout their music journey, they have won a number of music awards and landed many nominations, including Grammy Awards, American Music Awards and Billboard Music Awards.

The highly-anticipated show prompted fans to swiftly grab the tickets upon launch, leaving a ticket zone
sold out and another ticket zone selling fast. 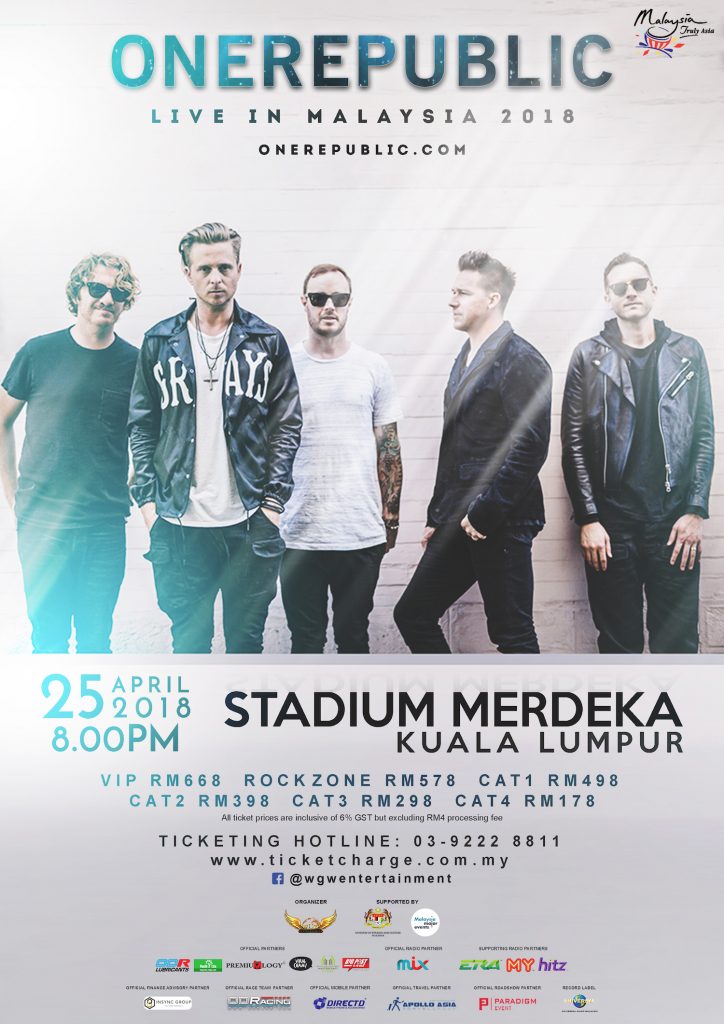 Tickets to OneRepublic Live in Kuala Lumpur 2018 are priced at:

*All prices include 6% GST but exclude RM4 Processing Fee.

Be sure to follow @wgwentertainment on Facebook for all the latest updates on OneRepublic Live in Malaysia 2018, or visit www.onerepublic.com.