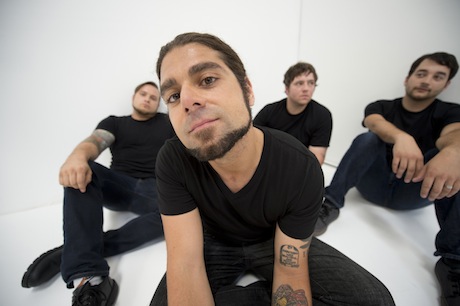 Livescape is pleased to announce their first collaboration with LAMC Productions for the upcoming Rockawayfest Showcase.

Get ready for LAMC and Livescape’s first event together; Rockawayfest Showcase presents Coheed and Cambria with special guests Circa Survive on the 24th of April at KL Live. New York progressive rockers Coheed AND Cambria are touring in their epic two-part, release The Afterman while Circa Survive are out and about promoting their latest album, Violent Waves.

Last October, Coheed and Cambria released the latest instalment of their career-spanning Amory Wars saga with Ascension, the first part of their double album The Afterman. Part two of the album, Descension, which made its debut on the 5th of February. Violent Waves is the fourth studio album by Circa Survive and it was released late last year.

The album was recorded in a span of a week and proudly produced by the band.

“We are very happy to announce our first Rockawayfest Showcase this April 24th. We’re excited about bringing back Coheed & Cambria to Kuala Lumpur and Circa Survive for their debut show here. It will be an amazing show as both bands will be promoting their latest releases. It is also an honour to be partners with LAMC Productions for the first time”, said Rahul Kukreja, Director of LIVE Events for Livescape.
This show is the fourth Rockawayfest Showcase organized by Livescape. The showcases are smaller scale gigs which will lead up to the finale, which is Rockaway Festival.

Tickets for the show was launched at 12pm on the 27th of March via AirAsia Redtix and all of its ticketing outlets. 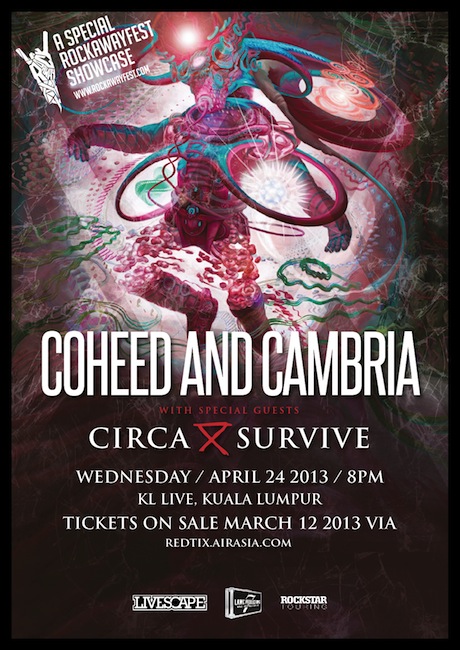 
Livescape is a creative and events agency that primarily targets and executes projects through its own developed platforms. These platforms include Livescape’s Escape: NYE, the ever pumping Wednesday night, NSFW and Rockaway Festival; which have generated a large amount of supporters throughout the years. On the creative side, Livescape conceptualizes and brings to life the brand’s essences and mission statements. Their aim to bring quality events and international level concerts in the country are evident in their past events/shows and partnership with Future Entertainment in Future Music Festival Asia.

Livescape has had the privilege to work with some of the biggest names in the music industry. This list includes artists from all walks of genres including Flo Rida, The Chemical Brothers, Chase & Status, The Used, Soulfly, Sum 41, Paramore, Dashboard Confessional, Sasha, Skream & Benga, Unearth, Above & Beyond, Pete Tong, DJ Craze, and 12th Planet, Lil Jon, Estelle, Mystery Jets, The Citizens, Major Lazer and more. ?